Big Island, Kona, Sports, Things To Do No Comments
Mahalo For Sharing Your Aloha

2018 Ironman Course And Traffic Update: The Hawaii Tribune-Herald reports, ” Queen K highway to be closed for Ironman despite having more lanes. In an email, the state Department of Transportation confirmed that both sides of the highway — from Keahole Airport Road to Palani Road — will be closed Oct. 13. Partial opening of the highway will begin as the bike segment is completed along the corridor.

That’s been the practice for nearly four decades. But in years past, a crucial stretch of highway from Kealakehe Parkway to Ellison Onizuka Kona International Airport at Keahole was only two lanes wide.  Now, following a $121 million 5-mile expansion from the parkway to the airport, it’s four lanes wide with a vast median divider. Still, the road will be closed.

When Is The 2018 Kona Ironman Race?  On October 13th, over 2,000 athletes will embark on a 140.6-mile journey that presents the ultimate test of body, mind, and spirit to earn the title of Ironman. 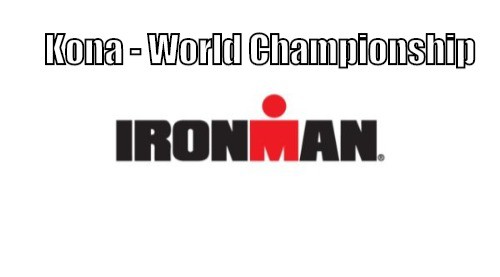 What Is The History Of The Kona Ironman Race? For over three decades the Ironman World Championship has brought the world’s best athletes together in competition.  The inaugural Kona race was held in 1978 as a way to challenge athletes who had seen success at endurance swimming and running events. Honolulu-based Navy couple Judy and John Collins proposed combining the three toughest endurance races in Hawai’i—the 2.4-mile Waikiki Roughwater Swim, 112 miles of the Around-O’ahu Bike Race and the 26.2-mile Honolulu Marathon—into one event.

On February 18, 1978, 15 people came to Waikiki to take on the IRONMAN challenge. Prior to racing, each received three sheets of paper with a few rules and a course description. The last page read: “Swim 2.4 miles! Bike 112 miles! Run 26.2 miles! Brag for the rest of your life!”

In 1981, the race moved from the tranquil shores of Waikiki to the barren lava fields of Kona on the Big Island of Hawai’i. Along the Kona Coast, black lava rock dominates the panorama, and athletes battle the “ho’omumuku” crosswinds of 45 mph, 95-degree temperatures, and a scorching sun.

What Is The Economic Impact Of The Kona Ironman Course? West Hawaii Today reports, “According to a 2006 economic impact study, these athletes will spend about eight days on the Island of Hawaii and four more days elsewhere in the state. That same study, now rather dated and based on an athlete population 30 percent smaller than this year’s registrant pool, estimated that those visitors spent approximately $26 million in Hawaii that year.” If you adjust that amount for inflation, a very seat-of-the-pants estimate would equate the event’s local economic impact to roughly (very) $46 million this year.

What Does It Cost For Ironman Participants? West Hawaii Today reports, “This mystique comes at a price, with athletes spending from $7,000-$26,500 per event, a fee that includes equipment, training costs, travel, fees, and accommodations. These athletes are an average of 40 years old, two-thirds are male, 92 percent are university educated, and they must have qualified at a prior Ironman event — definitely a unique visitor cohort.”

2018 Kona Ironman Road Closure Map: With such a long race and so many participants, there are going to be road closures. Here is the the road closure map. 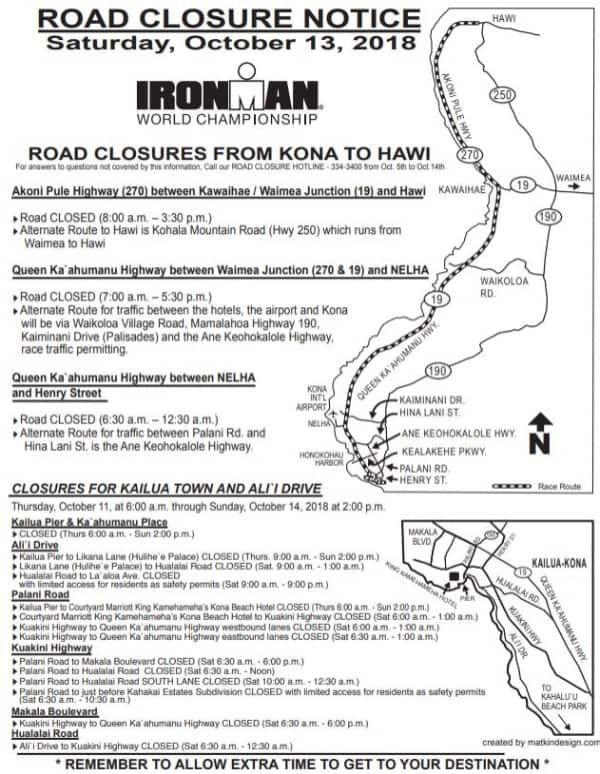 Kona Ironman Course – Swim: Without a doubt, the mass swim start is the most emotionally charged start in the sport, thanks to TV helicopters, enthusiastic spectators and the sun rising over Mt. Hualalai. Currents can be a factor, so a few pre-race practice swims in the bay are advised. Water temperature in Kailua Bay is typically around 79 F. 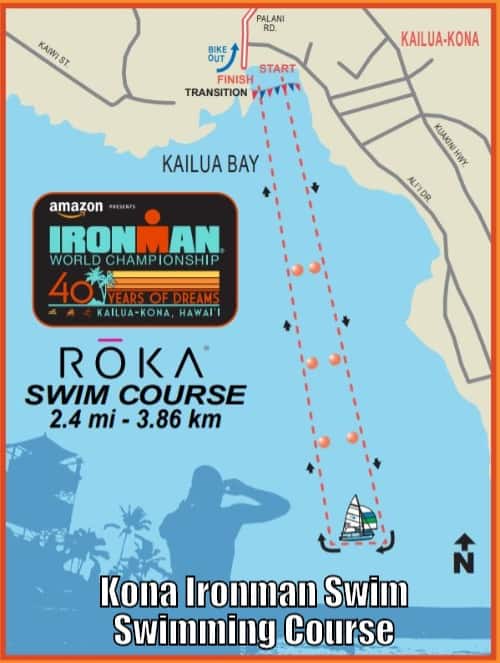 Kona Ironman Course – Bike: The biking leg is scenic but challenging. As cyclists make their way north along the Queen Ka’ahumanu Highway, from Kailua-Kona to the turnaround in Hawi, they can be exposed to intense trade winds that buffet much of the exposed western and northern coast of the Big Island. The winds vary in intensity from steady to heavy blasts that can blow cyclists across the road. For this reason, disc wheels are not permitted. Winds may subside during the gradual climb to Hawi but pick up again as athletes make their way to T2. 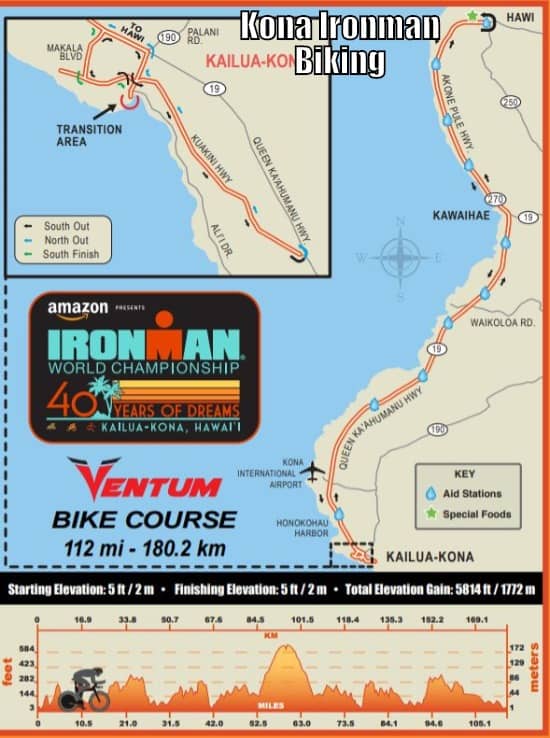 Kona Ironman Course – Run: Running is the final challenge. After an out and back trip through the crowds of Kona town and Alii Drive, runners head up Palani Road to the Queen Ka’ahumanu Highway and the challenges that await on it. Their destination is the infamous Natural Energy Laboratory Hawai`i Authority (NELHA), with this year’s course featuring more miles in NELHA than ever before. After a return trip on the highway, all that’s left is a victory lap through Kona town and the excitement of the finish line. 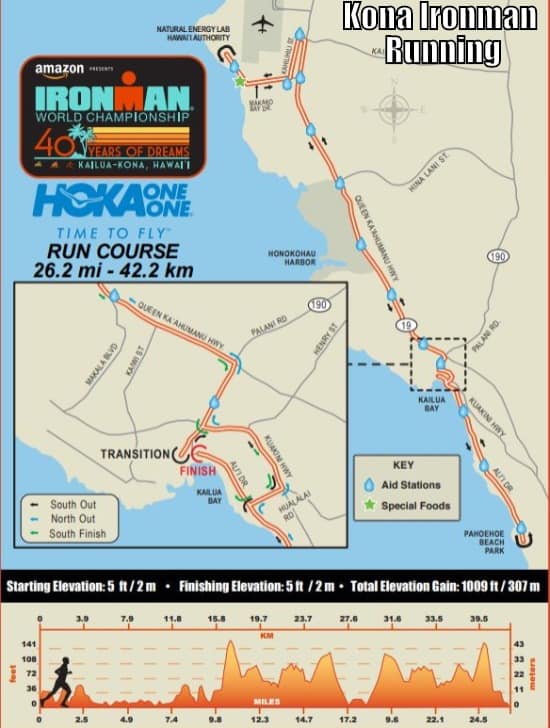 What Kona Residents & Locals Say About The Ironman: Kona locals love the Ironman event for the attention it brings to our city, the economic impact and the prestige. What locals don’t like is all the roads being blocked or unusable during the event. Most locals treat the day of the Ironman like a Super Bowl party – they stay home, watch TV and enjoy the food. Anything to stay off the roads.

Ironman Sponsors: Ironman has teamed up with Amazon as the title sponsor of the 2018 IRONMAN® World Championship and Official Sports Nutrition Retailer of the iconic triathlon event that will take place on Saturday, October 13 in Kailua-Kona, Hawai`i. The collaboration will provide participants access to a vast selection of nutrition products, including items from IRONMAN official nutrition partners CLIF Bar and Gatorade, available to athletes looking to prove ANYTHING IS POSSIBLE® on the sports largest stage.

Of course, my wife and I watched this race from the comfort of our couch. About one hour in, feeling motivated, I arose and proclaimed, “I am going outside and run my own Kona Cottonman course.” I was reasonably successful – my sundial timer said I completed my first mile in just over 20 minutes. 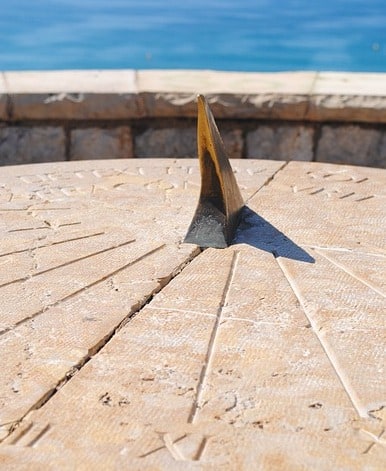 The Big Island Is Both The Youngest, And Oldest, Island