All This Time I Was California Dreaming: Right idea, wrong state. We lived for a number of years in the San Diego area. Beach walks, surfing, great weather – everything that SoCal is about. It was awesome. Then we came to Hawaii on vacation… it all changed.

We moved here and our nighttime dreaming state changed – intensely. My dreams went from a 20″ black-and-white TV to a 72″ high definition broadcast to a 360-degree total immersion where I was the director, the actor, and the audience – simultaneously. Not only did my dream state become enhanced, but I could also now remember my dreams. My wife reported the same findings. Guests that come to visit also say their dreams are… different.

Just Why Are Dreams On The Big Island So…  strong, weird, awesome, powerful, strange, creatively, and vivid?

Is it something to do with all the volcanoes… the ‘Pillars of Pele?’ 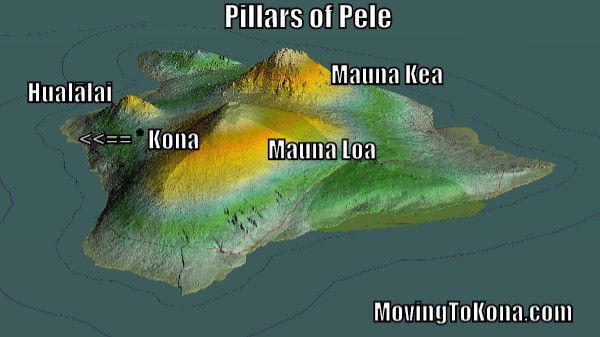 First Things First – I Am Not A Wu-Wu Kinda’ Guy: Just so you know – wu – wu ain’t my thing. My grandmother, mother, wife and my daughter (that’s all females in case you are keeping score) have all exhibited ‘psychic’ abilities from time to time.  My grandmother’s skills were probably the most evident. When I was in high school I had a girlfriend (if you can believe that) over and my grandmother commented on the ring that my girlfriend was wearing. My girlfriend took it off then handed it to my grandmother. My grandmother then said. “This isn’t your ring. It belonged to somebody very sad, very ill and much older than you are.”  My girlfriend replied, “Yes, it was my aunt’s ring.  She was sick with cancer for years but I loved her and visited her every chance that I could. When my aunt was close to dying she gave me this ring.”

I Am Not A Wu-Wu Kinda’ Guy – v. 2.0 Sedona: Once my wife and I traveled to Sedona, Arizona for a vacation. Sedona, for those who don’t know, seems to have more ‘energy vortexes’ than they have Starbucks stores. As we neared the town of Sedona my wife said, “Did you feel that? That energy pulse?” Well, no I didn’t feel that. Only thing I felt was the rumbling sensation of two chile rellenos that I wolfed down about an hour before.

Anyways, back to the moving to Kona story.

Intense Dreams On The Big Island: When you arrive in Hawaii, specifically the Big Island, your dreams seem to be heightened and enhanced, possibly like you are on either LSD (which I’ve never tried) or really good dope (I may have done that). Many people have reported having vivid, intense, almost supernatural dreams while on the Big Island.

Up until I arrived in Kona, I suppose I was like many people in that I, possibly, dream every night but I can only occasionally remember that I dreamed. Even worse I can hardly remember the content of my dream on those nights when I do vaguely recall I was even having a dream.

I’m also one of those people who doesn’t put much credence into dreams and dream meanings. I don’t keep a notebook by my bedside to immediately write down my dream nor do I try and interpret that the witch in my dream symbolize my mother-in-law or the ‘finding a gold coin’ symbolizes riches coming my way.

My Kona Dream: I was walking on a jungle trail, somewhere (hey, it was a dream) on the Big Island. The trail was moderately flat, but curvy so you couldn’t see too far ahead. I came around a bend and I noticed to the left there was a small, 10 or 15 foot, side trail leading down to a slight depression that ended with little circular lava swirl. 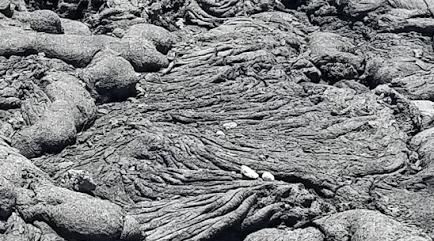 It was just a few steps down to the whirling lava remnants from a time probably at least a thousand years ago. I wanted to go down this side trail to see lava but I felt a bit (a lot) of apprehension. Then, the lava said (remember, this is a dream), “It’s safe. Come and stand with me.” I was really freaking out now. I wanted to believe so I mustered up my dream courage and I took the first step and proceeded to stand right in the middle of the lava swirl.

It was at that point where I started to feel a warm electrical pulse, radiating up from the lava passing through me, in multiple colors. I could both experience the sensation and see myself with light flowing through me. The light was red, orange, blue with hints of yellow and green. I remember saying to myself, “All these colors, but the lava is black.” I relaxed and ‘heard’ (it’s still a dream) the Big Island say, “Now we are connected. We are one.” I woke up. I didn’t need to write that dream down (well, except for here). 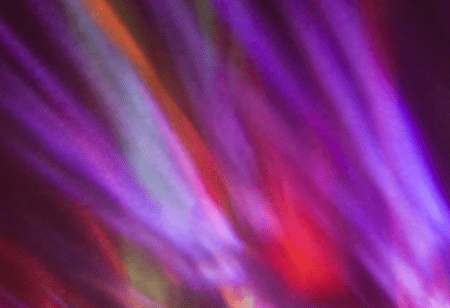 I became connected to the Big Island…

So, Why Are Dreams So Intense, So Vivid On The Big Island? I am going to answer this question according to ‘Cunningham’s Law‘ which states, “the best way to get the right answer on the internet is not to ask a question; it’s to post the wrong answer.” So here goes my answer…

First, Let’s Talk About Lightning Rods: Now this may seem a little off topic but follow along for a minute with me. A lightning rod is grounded into the earth. When there’s a positive charge in the ground the metal cables act as the perfect conductor and directs the current up to the lightning rods to meet the negative charges in the cloud becomes concentrated enough that will hit the positive charge. In a very simple explanation, there becomes a circuit between the negative and positive charges. The lightning rod then provides a low-resistance path to ground that can be used to conduct these electrical currents when lightning strikes occur.

Now image the island of Hawaii as a big lightning rod, anchored into the ground (sea floor). Do these lava vents act as lightning rods? What roles do the volcanoes – Big Island Kilauea, Big Island Mauna Kea, and Big Island Loihi play in the dreams? 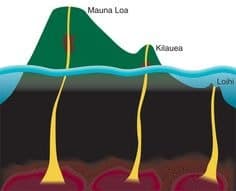 As a side note, a couple of things:

Excerpt from Hawai’i Vortex Field Guide: “Besides being the landing place of the first Hawaiians, and home to a remarkable green sand beach, South Point, known locally as Ka lae, is said by the local residents to be like a rift in time. UFO sightings and intense energies are things you may hear about taking place there. The ley line coming into the South Point vortex of the Big Island, not far from Kalani, is considered to be one of the most powerful to be on land. Author William “Pila” Chiles talks about the South Point as a “doorway” where “the density of three-dimensional reality seems to be very thin” and the energy is “very unusual. The South Point vortex is believed to be an aperture or ‘doorway’ between dimensions, one of many to exist in the world. It’s our belief after researching and writing this book that Hawai’i is connected in some ways to India as well as Egypt, two other sacred locations, by what is referred to as the World Grid.”

The Hills Are Alive With The Sound Of… Coqui Frogs