Is Hawaii’s Mauna Loa (the World’s Largest Active Volcano) at Risk of Erupting?

Mauna Loa is the world’s largest active volcano, and it is located in Hawaii. The volcano has been erupting for centuries, and scientists believe that it is at risk of erupting again in the near future.

Overall, the information in these articles provides a valuable perspective on the dangers that Mauna Loa poses to humans. It is important to be aware of these risks so that people can take precautions and be prepared in case of an eruption.

The History of Mauna Loa

Mauna Loa is a shield volcano and is dangerous because it has the potential to cause fatalities. Monitoring of Mauna Loa is important to ensure the safety of residents. There are several observatories set up to monitor Mauna Loa, including the Hawaiian Volcano Observatory and the Mauna Loa Solar Observatory.

Mauna Loa is one of the most intensively monitored volcanoes in the world due to its size, activity level, and potential for danger. Eight times since 1868, it has produced enough basalt (a fluid, dark lava) to reach the ocean. When it last erupted in 1984, the lava flow nearly reached Hilo, the largest urban center on the island, stopping just a few miles away from the city. 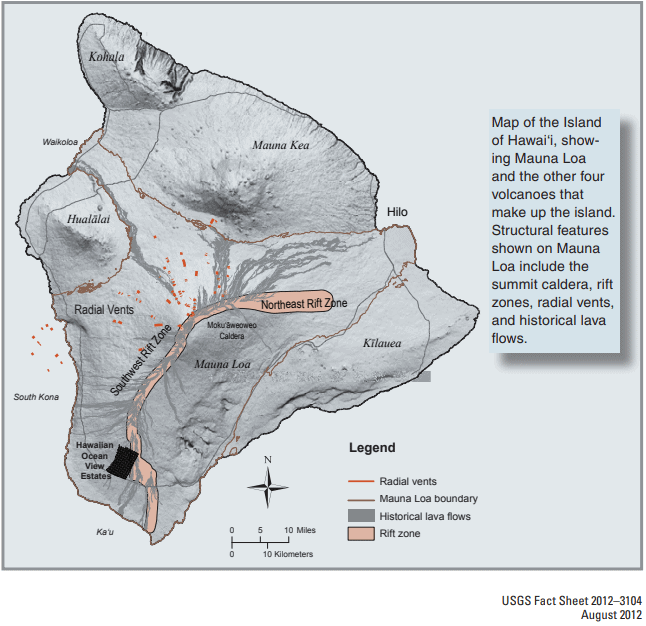 Mauna Loa is a dangerous volcano that has been posing a threat to people and their property for many years. The recent recognition of the extent of submarine and subareal landslides is another long-term hazard at Mauna Loa. The population at risk from an eruption is small, but the tourism industry has grown rapidly. Governments and modern populations are indifferent to volcanic hazards, increasing risk. The recent immigrants to Hawaii tend to view volcanoes in a negative light, viewing them as potential sources of disaster.

The importance of Mauna Loa to the Decade Volcano program derives from its value as a “laboratory” for refining volcano monitoring and risk mitigation techniques. The Mauna Loa volcano is ideal for studying past and future lava flows. The Hawaiian Volcano Observatory has a valuable record of monitoring instruments over the past 50 years. The volcano is one of the best monitored in the world, thanks to the ongoing monitoring by the HVO.

Seismicity of Mauna Loa is still being studied in order to better develop monitoring techniques. The deployment and testing of new monitoring equipment and techniques can build on past and present knowledge about this dangerous volcano. 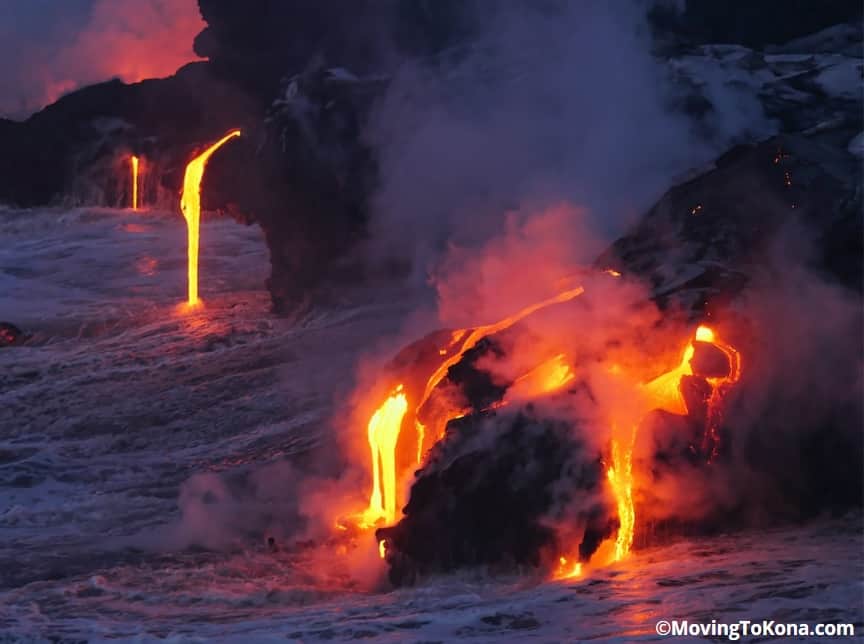 Lava flows from Mauna Loa can be extremely large and destructive. They have the potential to destroy homes, roads, and other infrastructure, and to harm or kill people. The risk of an eruption is increasing as construction near the volcano grows. It is important to be aware of the dangers posed by lava flows and to take steps to protect yourself and your property.

An October 5, 2022 Tweet by the Volcanoes National Park Service reads: “Due to elevated seismic activity on Mauna Loa and as a precautionary measure, Mauna Loa summit is closed to hiking until further notice. Mauna Loa is not erupting. Hawaiian Volcano Observatory scientists will notify the park if conditions change.”

For now, it does not seem that a Mauna Loa eruption is imminent. The US Geological Survey Hawaiian Volcano Observatory did update its warning level from green to yellow, meaning “volcano is exhibiting signs of elevated unrest above known background activity.” This is a four-tiered advisory system, ranging through green, yellow, orange, and red. We shouldn’t worry too much until the advisory level is raised to orange or red.

There has been a notable uptick in earthquakes since September 2022, but it’s still not enough to signal an impending eruption. For comparison, Mauna Loa is experiencing about 20-40 quakes per day as of October 2022. The last time it erupted in 1984, it was experiencing over 1,000 earthquakes daily, so going by the numbers, the volcano isn’t expected to erupt anytime soon.

Although Mauna Loa is the world’s largest active volcano, it is not currently at risk of erupting. However, scientists are constantly monitoring the volcano for any signs of activity that could indicate an impending eruption.