What Is The ‘Kona Lanai?’

Hualalai, Kona, Weather No Comments
Mahalo For Sharing Your Aloha

Kona Lanai Overview: This web page is a discussion about why Kona is generally sunny in the morning, starts to cloud over later in the day, how the cloud cover causes a temperature variance between downtown Kona and slopes above Kona and then why it sometimes rains on the slopes, but not at lower elevations.

What Does The Kona Lanai Look Like? Imagine an older car with a ‘sun visor’ over the dash to keep the sun, somewhat, out of the car and thus the car is cooler. Not all of the car is kept cooler, just the part under the sun visor. The same effect occurs when the afternoon Kona clouds act like a sun visor over parts of Kona – typically the slopes above town. 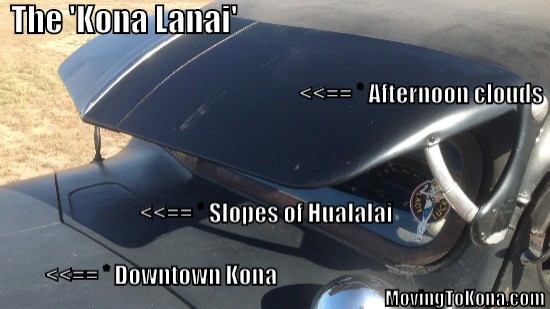 What Is A Lanai? Lānai is a word of Hawaiian origin that includes a porch, but can also include a patio (a paved outdoor area adjoining the house) or veranda (a roofed, open-air deck with a railing which is attached to the structure). A lanai usually has a hard, patiolike floor and a covered roof. It may have walls on one or both ends and typically opens up to a patio, pool deck, or backyard. The lanai often provides shelter or relief from the sun.

In some climates, a lanai might be screened to keep out bugs, or it could have removable panels made of glass or plastic to keep cooler air out when the temperature drops. A ceiling fan is a common add-on that helps stir the breeze and keep bugs at bay. 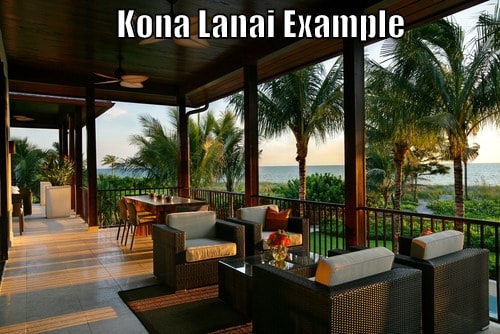 So Then, Just What Is The Kona Lanai? The Kona Lanai is a cloud cover that comes over Mt. Hualalai many afternoons and creates a ‘cloud shade’ typically covering land elevations above 500 feet. 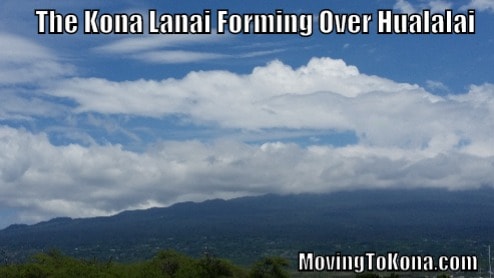 The Kona Lanai Temperature Effect: There have been a number of days when we are near downtown Kona and the temperature is 86 degrees and, by the time we arrive at our home at the 700-foot level, the temperature has dropped to 80 degrees. 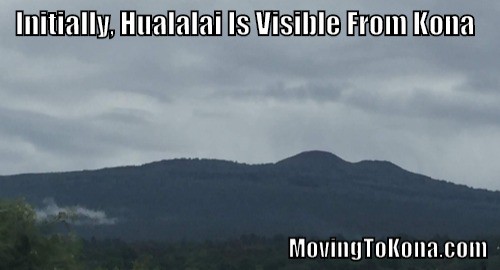 You can see the Kona Lanai clouds starting to ‘form’ over the top of Mt. Hualalai. 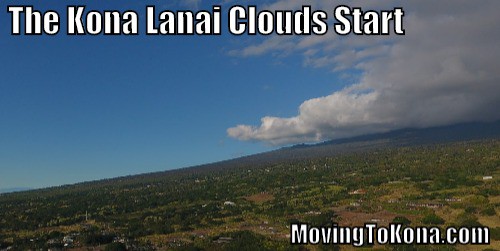 As the day goes on and the temperatures increase, the Kona Lanai starts to billow even more. 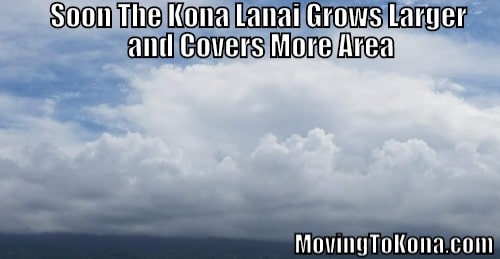 On some days the Kona Lanai produces afternoon showers, typically at elevations above 500 feet or more. Generally, downtown Kona stays free of rain, and, as such, is much warmer than the slopes at higher elevations. 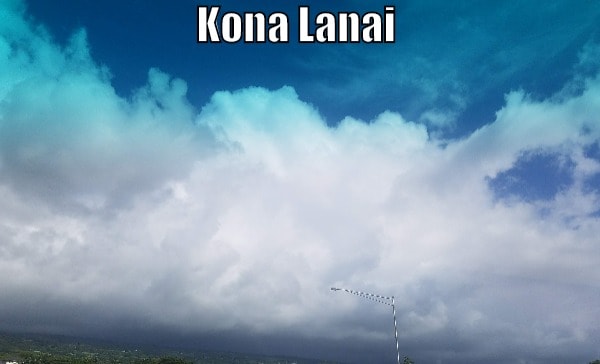 This combination of weather and geology is not available to the east or near Hawaii Volcanoes National Park.

The Guru, The Blindfolded Students And The Kona Experience