Sea Level Rise And Impact Upon Kona (Could It Get Any Worse? Yes It Can.)

Could Kona Be Underwater With A Rise In Sea Levels?
(Better Rethink That Ocean Front Purchase)

Could Sea Level Get Any Worse For Kona? Well, Yes It Can: According to a 2018 Nature study on rising sea levels, it is probably going to be worse for Hawaii.  The conclusion of the article is dire… 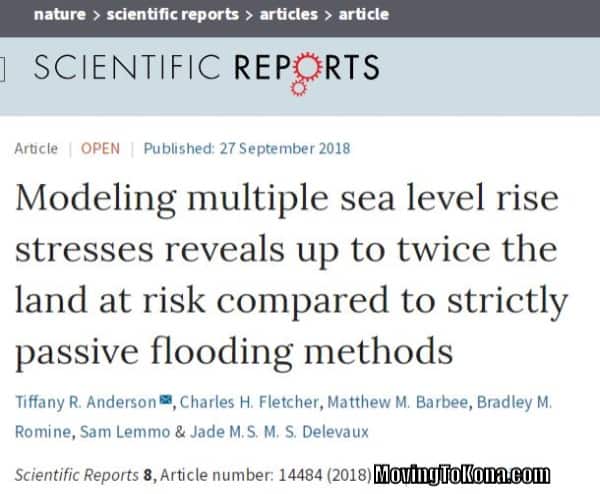 Wait, Wait, Wait – There Is A Slimmer Of Good News: It will take a while for sea level to increase – enjoy the beach while you can.

Click the image below to watch video from Hawaii News Now on the projected sea level rise: 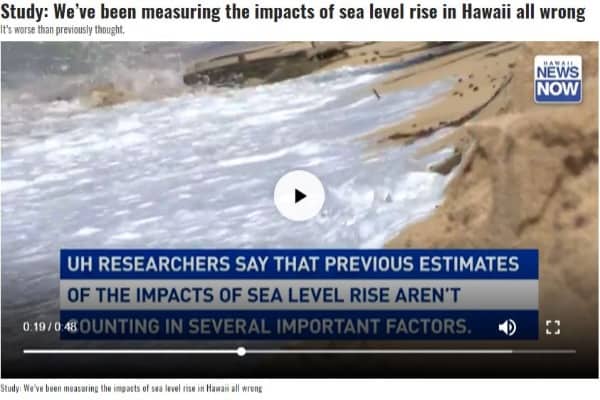 Technical Conclusion From ‘Modeling Multiple Sea Level Rise Stresses Reveals Up To Twice The Land At Risk Compared To Strictly Passive Flooding Methods’: Planning community resilience to sea level rise (SLR) requires information about where, when, and how SLR hazards will impact the coastal zone. We augment passive flood mapping (the so-called “bathtub” approach) by simulating physical processes posing recurrent threats to coastal infrastructure, communities, and ecosystems in Hawai‘i (including tidally-forced direct marine and groundwater flooding, seasonal wave inundation, and chronic coastal erosion). We find that the “bathtub” approach, alone, ignores 35–54 percent of the total land area exposed to one or more of these hazards, depending on location and SLR scenario.

Below are images from ‘King Tides‘ on how flooding in Hawai’i will look. 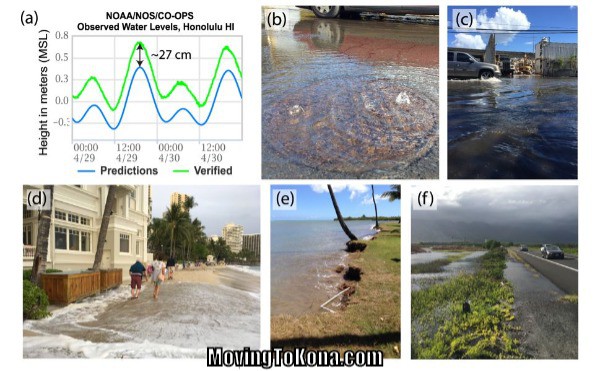 In Hawai‘i, local long-term SLR is presently mild (1.44 ± 0.21 mm/yr6). But local SLR could reach 8 mm/yr during the second half of this century, which would exceed global mean SLR. This is due to gravitational redistribution of meltwater leading to higher sea levels in the equatorial Pacific (near Hawai‘i), relative to other oceanic locations7. Additionally, the 10 to 20 cm of SLR expected no later than 2050, will more than double the frequency of extreme water-level events in the Tropics, where Hawai‘i is located8. The main Hawaiian Islands, a developed high island chain with low-lying coastal plains (typically <3 m above sea level), might serve as a model for other Pacific islands and island nations for understanding and adapting to SLR in the Tropics.

Here is information from the original sea level rise studies:

What Will Kona Look Like With A 3′ Sea Level Rise? The blue portions of the image below show what parts of Kona will be underwater with a three-foot sea level rise. You can click here to search all of Hawaii for sea level rise projections. 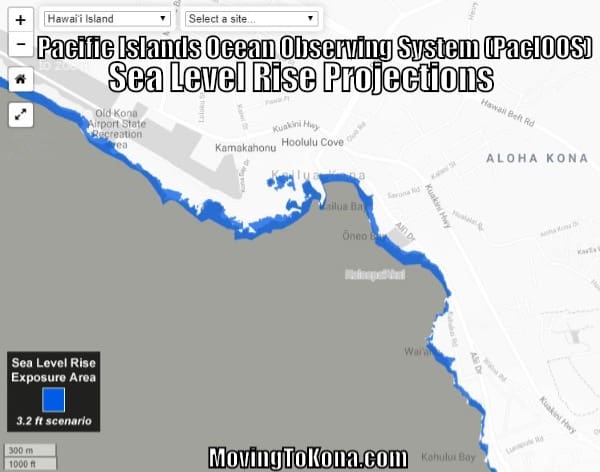 And this image shows (pink) the impact of a five-foot increase in sea level. 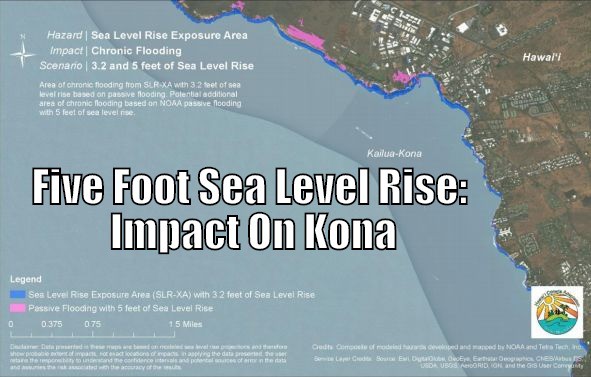 Coastal Flooding Factors: Hawaiʻi experiences coastal flooding and erosion due to high waves and tides, and infrequent events such as storm surges and tsunamis (image below). With higher sea level, waves and tides will reach farther inland and with greater velocity resulting in increased coastal erosion, flooding, and overall damage to coastal communities. 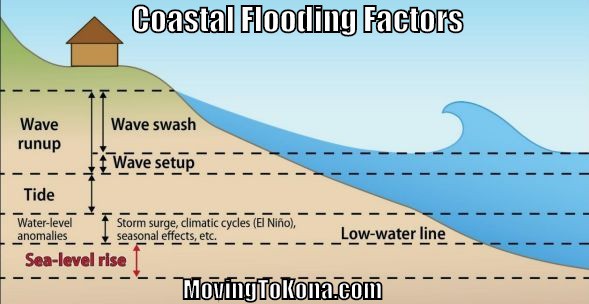 Some may prefer just to watch the sea level rise. 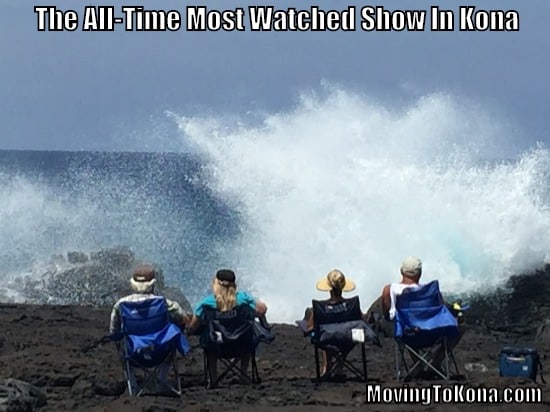 Here is a video entitled Rising Seas in Hawai’i from Hawaii DLNR on Vimeo.