Kona, Nature No Comments
Mahalo For Sharing Your Aloha

The Moon Is Awesome – Both To Viewers And To Astrophysicists: Just how did the moon form? The giant-impact hypothesis, sometimes called the Big Splash, or the Theia Impact suggests that the Moon formed out of the debris left over from a collision between Earth and an astronomical body the size of Mars, approximately 4.5 billion years ago.

Everyone knows how awesome Kona sunsets are… But moonsets are stunning as well. As a bonus, included are a sunrise / sunset chart and a couple of sunset images. 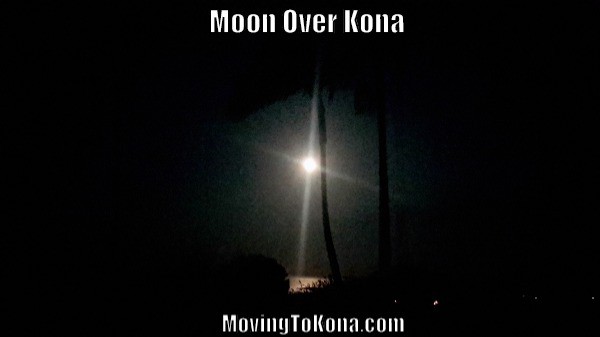 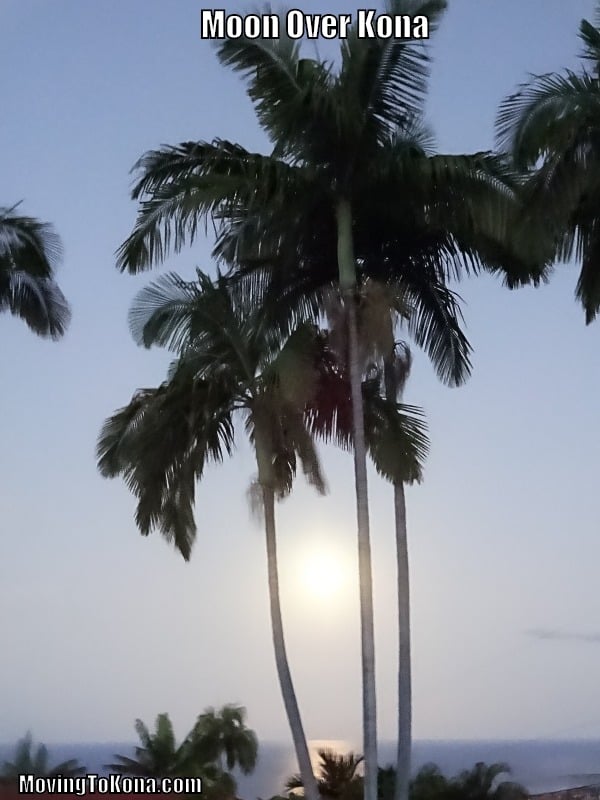 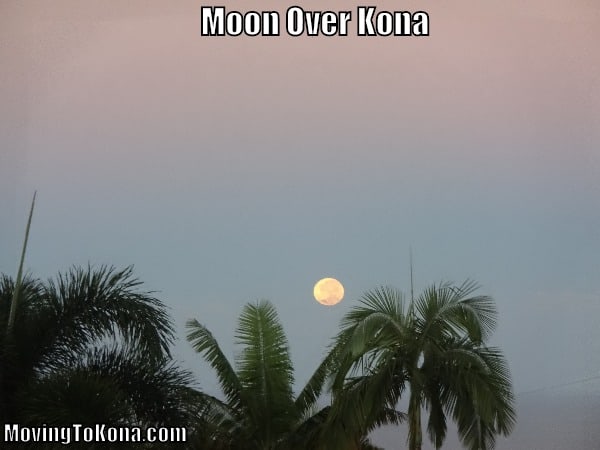 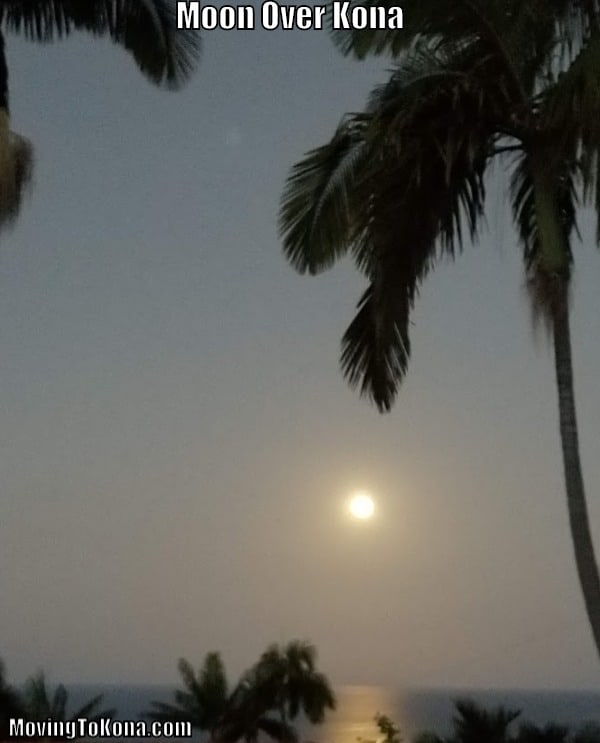 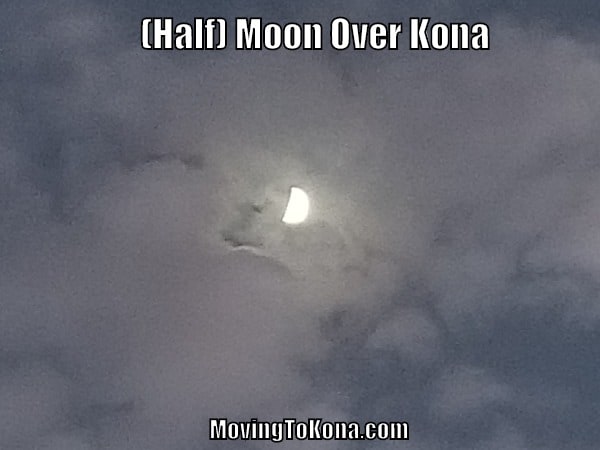 Facts About The Moon: NASA offers comprehensive information about the moon:

What Causes The Moon Phases? NASA offers comprehensive about why we have different phases of the moon, i.e., a crescent moon, a half moon a full moon, and everything in between. 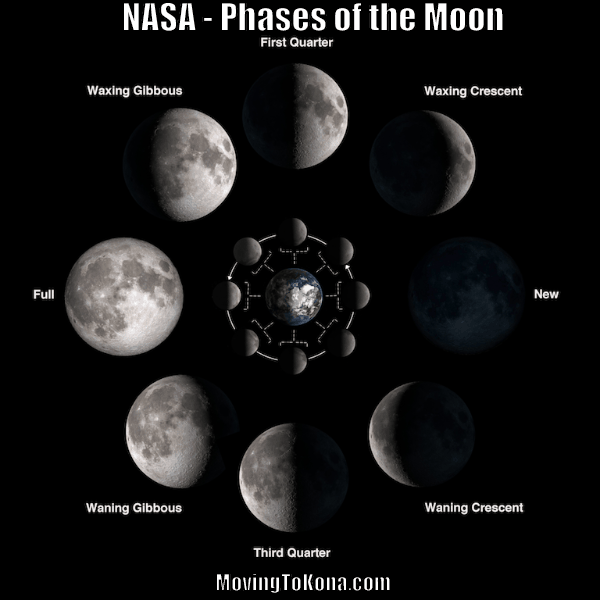 We always see the same side of the Moon, because as the Moon revolves around the Earth, the Moon rotates so that the same side is always facing the Earth. But the Moon still looks a little different every night. Sometimes the entire face glows brightly. Sometimes we can only see a thin crescent. Other times the Moon seems to disappear entirely. As the bright parts of the Moon appear to change shape during the month, each stage of the change is called a phase, and each phase carries its own name.

Sunrise Sunset Table For Kona:  What time are the sunrises and sunsets for Kona Hawaii (Kona Sunrise / Sunset Chart)? 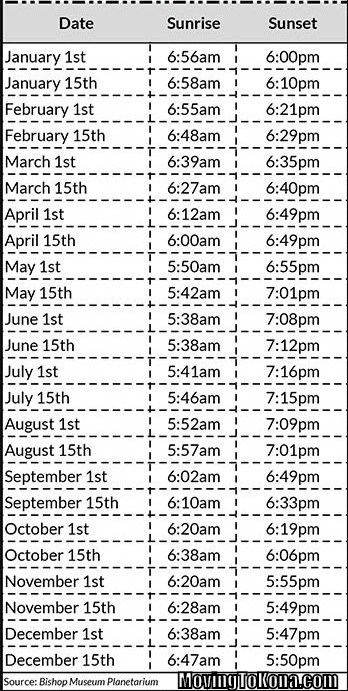 And… here are a few Kona sunsets… 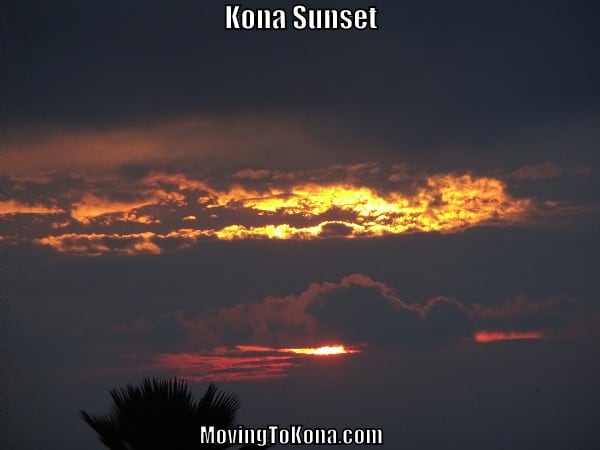 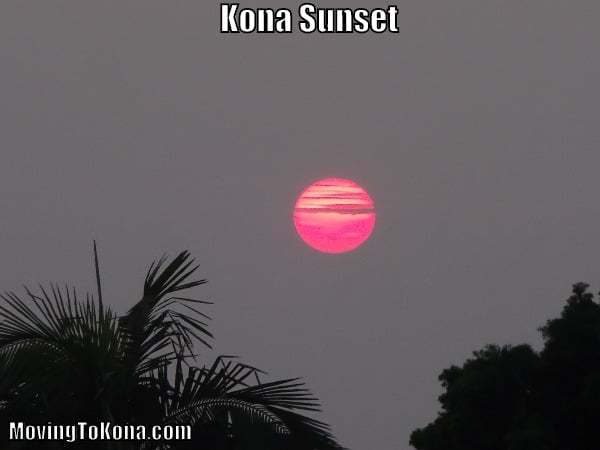 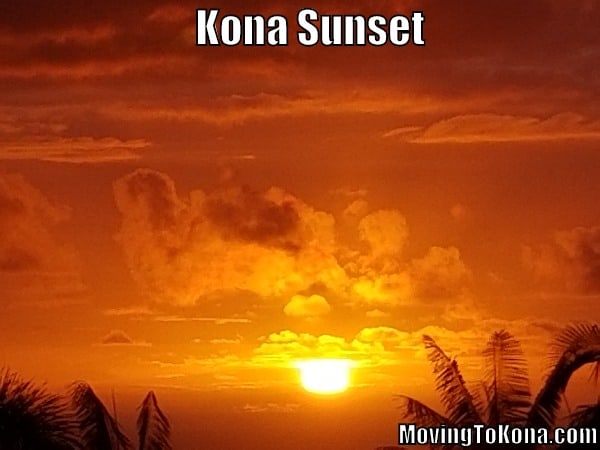 What Causes The Orange And Red Sunsets On The Big Island (And Hawaii)?