Uncategorized No Comments
Mahalo For Sharing Your Aloha 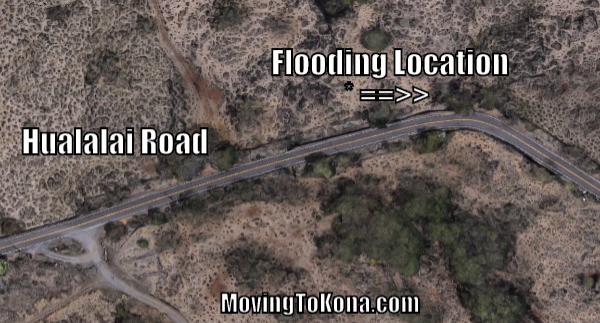 10/9/2018 KHON2 reports, Much of the Kona Coast on Hawaii Island under a flood advisory.

And in timely news from West Hawaii Today, here is the headline, Kona hit by worst flooding in 40 years (Wednesday, Oct. 9, 1968). “Hardest hit by the floods, which struck Oct. 3 and 4, 1968, was the Holualoa area, where perhaps three-fourths of the damage to public property occurred.

Areas affected included Mamalahoa Highway, where a 100 foot by 40-foot deep section of roadway was ripped out by raging waters. Kuakini Highway and Alii Drive were also damaged, leading to road closures on the main three routes in Kona.

Magic Sands Hotel sustained heavy damage as did Yokoyama Store. Water ripped through the Kona Art Center, Door of Faith church and about 40 homes were flooded, resulting in evacuations and damage.”

What Is The Difference Between Homeowners Insurance and Hurricane Insurance and Flood Insurance? Flood insurance, generally covers water coming into your home from off of your property. Hurricane insurance is for wind damage, not flooding, from a storm over 74 mph, ie a hurricane. Once winds drop below 74 mph, i.e., a tropical storm or less, any wind damage would most likely be covered under your homeowners’ insurance. Again, your property insurance, generally, covers wind and water damage from in other situations.

Is Your Hawai’i Property Located In A Flood Hazard? You can enter your exact address, anywhere in Hawaii, and the Hawai‘i Flood Hazard Assessment Tool will indicate where flood hazards exist near you.  Use this Hawaii Flood Insurance Map tool to see if your residence or business is a flooding prone area. 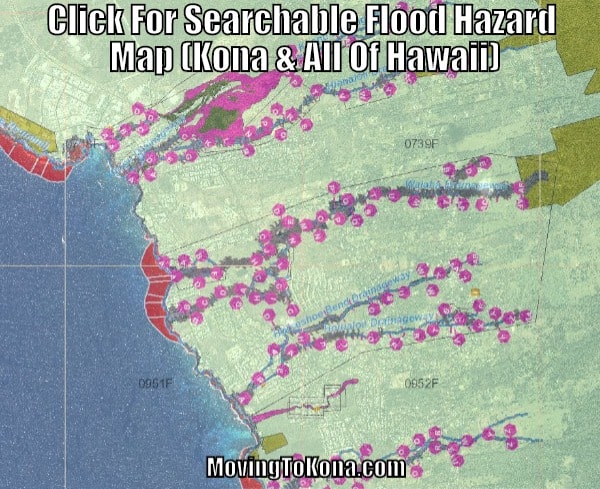 Click For Searchable Flood Hazard Map (Kona & All Of Hawaii)

A mere six inches of fast-moving flood water can knock over an adult. And it only takes 12 to 18 inches of flowing water to carry away most vehicles including large SUVs. If you come to an area that is covered with water, you will likely not know the depth of the water or the condition of the ground under the water. This is especially true at night, when your vision is more limited. Play it smart, play it safe. Whether driving or walking, any time you come to a flooded road, follow this simple advice: Turn Around Don’t Drown.

Here are safety tips to protect you during flooding: