Uncategorized No Comments
Mahalo For Sharing Your Aloha

Discussed  On This Page:

Below, every ‘dot’ is an earthquake… 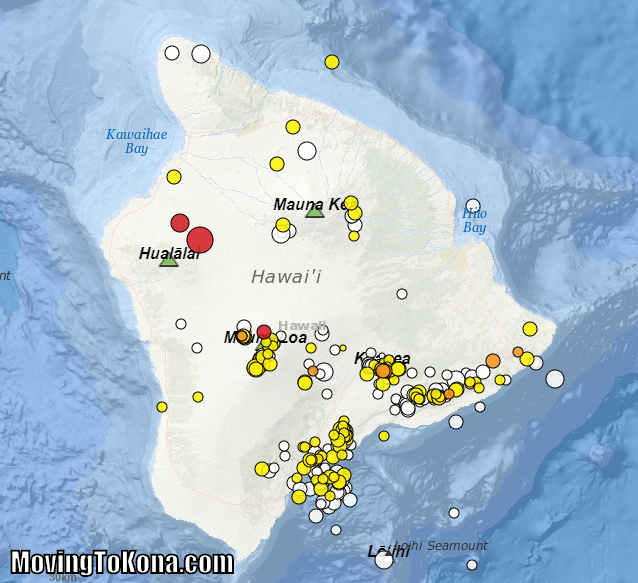 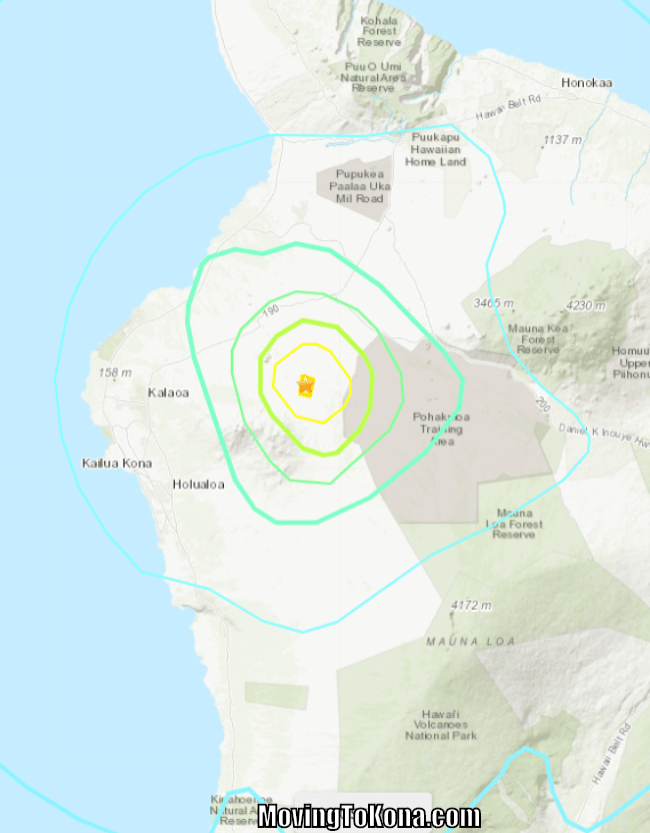 Here is how local news reported the earthquake – click links to go to TV videos:

KHON2 Earthquake off Kona rattles the islands, no tsunami threat

Big Island Now Aftershocks Expected After Hualālai Quake “Although the earthquake occurred under the east margin of Hualālai volcano, there is no indication at this time that the event is related to volcanic activity,” said geophysicist Brian Shiro, HVO’s seismic network manager. “The location and depth of this event suggest it is likely related to flexure or settling of the crust beneath the weight of the island.”

How was this earthquake different from the Kīlauea earthquakes? Hawaiian Public Radio contrasts Kīlauea earthquakes from ‘typical’ earthquakes, “Dina Neal is Hawaiian Volcano Observatory’s Scientist in Charge:  ‘They’re not earthquakes in the classical sense, they’re kind of a hybrid process creating a lot of ground shaking measured the same way we try to measure earthquakes. There’s a lot of energy being released, the combination of an explosion process, which has something to do with a sudden release of pressure, we think, from the upper magma reservoir. The bottom is filled with rubble, probably many hundreds of meters thick and those explosions are moving a lot of earth. All of these things are contributing to what we are measuring as a single earthquake.’”

In case you are wondering… When did Hualālai last erupt? Hualālai last erupted in 1800–1801. This eruption produced very fluid alkalic basalt lava flows that entered the ocean off the western tip of Hawaiʻi island. Although five vents were active at the time, only two produced flows that eventually reached the ocean. The total output volume of the flow is estimated at over 0.072 cubic mi. One volcanic vent, situated high on the slope, produced a large ʻaʻā flow, dubbed the Kaʻūpūlehu flow, that reached the ocean as two distinct lobes.

Is Hualālai active? Hualālai is the third most active volcano making up the island of Hawaiʻi, behind Kīlauea and Mauna Loa. Although the two larger volcanos have each erupted over 150 times in the last 1,000 years, Hualālai has done so but 3 times. The recurrence of activity at the volcano seems to be every 200 to 300 years.

Six Other Earthquakes This Month: USGS reports ‘our earthquake’ wasn’t the only earthquake. These are worldwide earthquakes for the first half of  April 2019.

How often do earthquakes happen in Hawaii? Shakeout.org reports since 1868, more than 30 magnitude-6.0 or greater earthquakes have rattled the islands. Some earthquakes are large enough to cause damage and impact residents across the State of Hawaii.  You can see where most of the earthquakes occur. 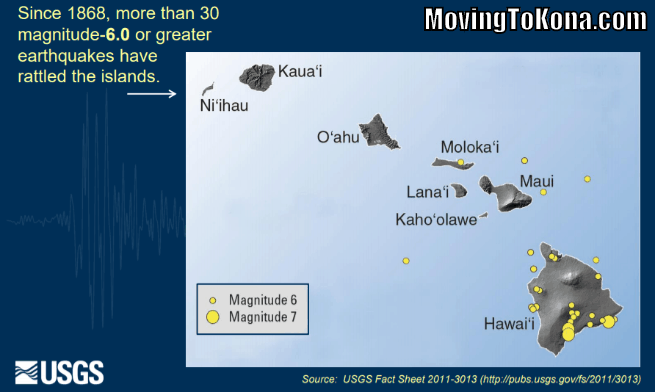 What caused the 2006 Hawaii earthquake – The last big earthquake in the Kona area? The 2006 Kiholo Bay earthquake had the most severe damage caused by the earthquake was focused on the north and western sides of the island of Hawaii.  The Hapuna Beach Prince Hotel was temporarily evacuated after the earthquake due to structural damage, broken glass and flooding caused by broken water pipes.

When was the last ‘really big’ earthquake in Hawaii? The 1868 Hawaii earthquake was the largest recorded in the history of Hawaiʻi island, with an estimated magnitude of 7.9 on the Richter magnitude scale and a maximum Mercalli intensity of X (Extreme). The earthquake occurred at 4 p.m. local time on April 2, 1868, and caused a landslide and tsunami that led to 77 deaths.

We are not the only places with earthquakes…

The below is from NOAA 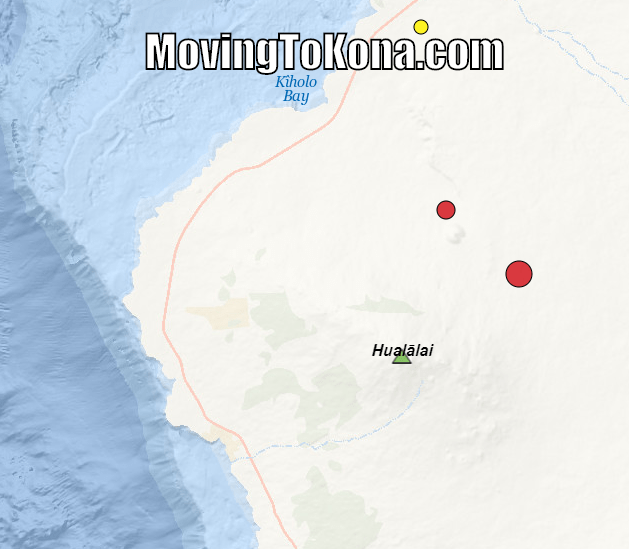 The tsunami from the March 2011 Japan Earthquake Struck Kona