Kona Rainbow: How Rainbows Form & Why So Few Rainbows In Kona

Weather No Comments
Mahalo For Sharing Your Aloha

Why Are There So Few Rainbows In Kona: You don’t see a lot of rainbows in Kona  (especially as compared to the eastern part of the Big Island). Here is one from 9/27/2018 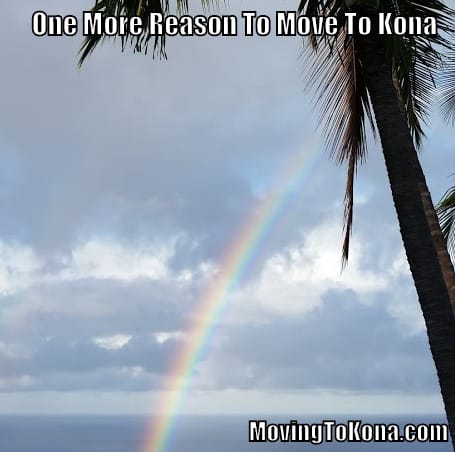 Super Rainbow: Although this image was often shared as a real photo, it is based upon a photograph that has been digitally manipulated. But it is an interesting rainbow image, nonetheless. 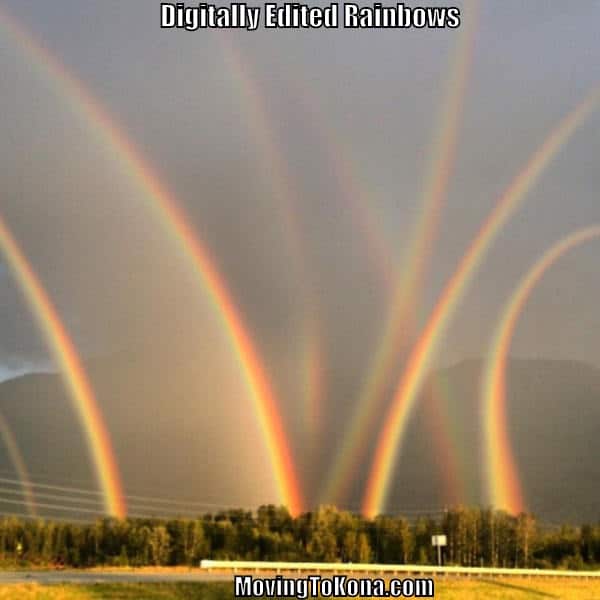 When Can You See A Rainbow? A rainbow requires water droplets to be floating in the air. That’s why we see them right after it rains. The sun must be behind you and the clouds cleared away from the sun for the rainbow to appear. With this logic, a rainbow is most likely to appear in the morning.

Why So Few Rainbows In Kona?  You need moisture in the air, i.e., just after a rainfall. Kona doesn’t receive much rain, so, there are not many rainbows.

The ‘Double Rainbow Guy’ On YouTube  Has Been Seen Over 45M Times: Below is the video. Repeat after me, “OOOH, AHHH! OHMIGAWD! WOW! DOUBLE RAINBOW!”

How A Rainbow Forms:  Sunlight shines on water droplets. As the sunlight passes into each droplet, the light bends, or refracts, a little, because light travels slower in water than in air (because water is denser). Then the light bounces off the back of the water droplet and goes back the way it came, bending again as it speeds up when it exits the water droplet. 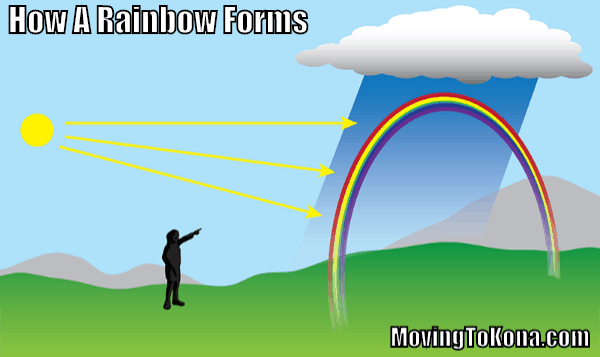 The position of the sun and the raindrops in relation to you, needs to be just right for a rainbow to form:

What Causes The Colors Of A Rainbow? Since sunlight is made up of many wavelengths (colors) of light. Some wavelengths are bent more than others when the light enters the water droplet. Violet (the shortest wavelength of visible light) bends the most, red (the longest wavelength of visible light) bends the least. So when the light exits the water droplet, it is separated into all its wavelengths. The light reflecting back to you, the observer with the sunlight coming from behind you, from the water droplets will appear separated into all the colors of the rainbow! Violet will be on the bottom and red on the top.

This is why Hawaii is called the ‘Rainbow State‘ 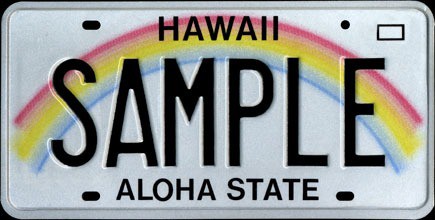