The southern and western sides of the Hawaiian islands are places that lie in the rain shadow of the mountains and may receive just a few inches of rain a year, but are just as diverse as well.

The Kona Climate: The temperature is consistent year-round, providing an extended growing period for plants. At the 700 feet of elevation, there is a ‘Goldilocks’ zone, high enough that rain is more plentiful than at sea level and more comfortable, cooler temperatures can prevail because of the ‘Kona Lanai.’ It is one of the reasons causing ‘Kona coffee’ to be world famous. 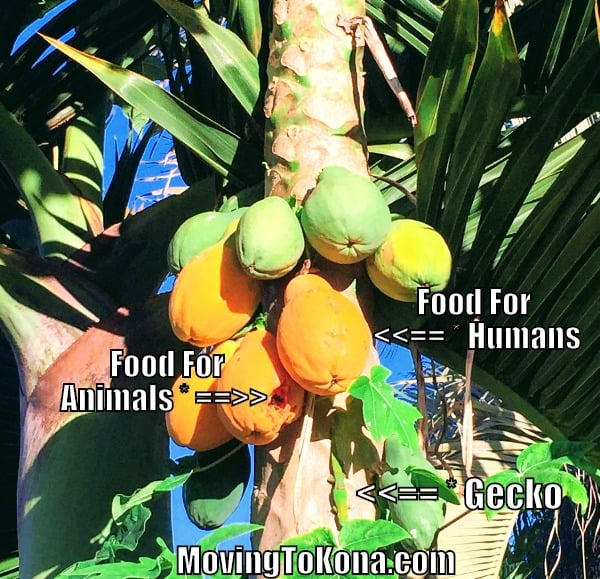 Kona Annual Precipitation: Annual precipitation in some areas of Hawaii can reach 400 inches. This is because the trade winds drop their moisture on up-sloping hills and mountainsides, as they move from east to west. But in Kona, you will receive about 20 inches of rain per year. 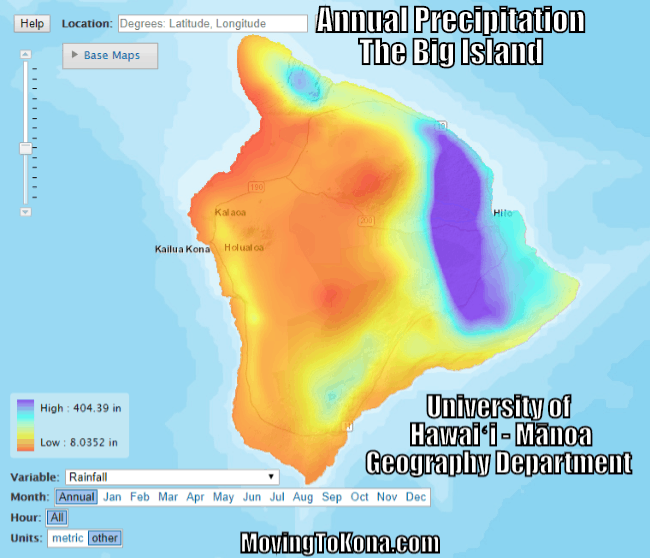 Higher elevations, along the slopes of Hualalai, receive more rain, so you have even greater plant diversity. 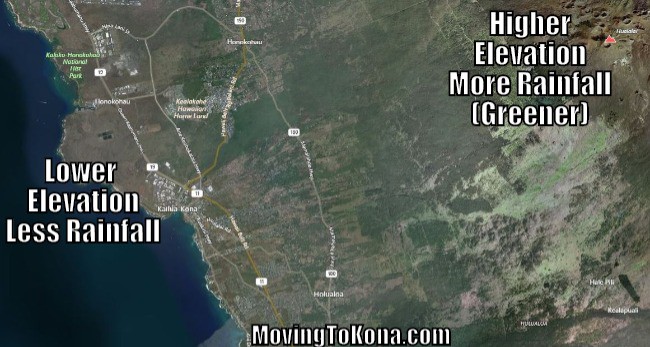 A video on plants in Hawaii:

Another Day, Another Kona Sunset 418