Hurricane, Weather No Comments
Mahalo For Sharing Your Aloha

First Things First – Are There Any Weather Systems Forecasted For Hawaii?
Here Is The Five-Day Graphical Tropical Weather Outlook

If you want to know if any hurricanes are threatening Hawaii, you can visit the Weather Channel’s Hurricane Central.

You can also click on the image below to go to the latest tropical weather forecast page at NOAA. 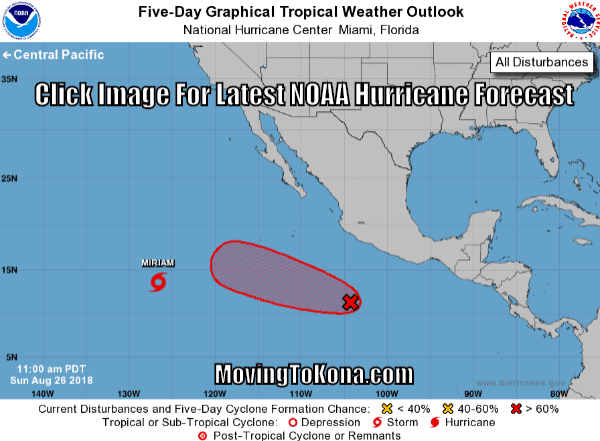 The major hazards associated with hurricanes are:

Hurricane Storm Surge And High Storm Tides: Imagine you are in a bathtub and you have submerged your arm then move it towards one side. The water is pushed up. It is the same with large storms where, instead of your arm, it is strong winds that push water towards the shore. Note that storm surge and the associated large waves produced by hurricanes typically pose the greatest threat to life and property along the coast.

What Is The Difference Between A Storm Surge And A Storm Tide?  In short, a storm surge is an abnormal rise of water generated by a storm’s winds. With larger hurricanes, the storm surge can reach well over 20 feet and can span hundreds of miles of coastline. Depending on how flat the terrain is, a strong storm surge can go miles inland or flow up rivers, estuaries, and bayous. A storm tide is defined as the water level rise due to the combination of storm surge and the astronomical tide

Heavy Rainfall Along With Road, Coastal and Inland Flooding:  Tropical cyclones often produce widespread, torrential rains in excess of six inches, which may result in deadly and destructive floods. Storm flooding poses the major threat from tropical cyclones for people living inland. Flash flooding, defined as a rapid rise in water levels, can occur quickly due to intense rainfall. Longer term flooding on rivers and streams can persist for several days after the storm.

Don’t Ignore Flood Traffic Warnings: Pay attention to barricades. Don’t ignore them by driving past them. When approaching water on a roadway, “Turn Around Don’t Drown” 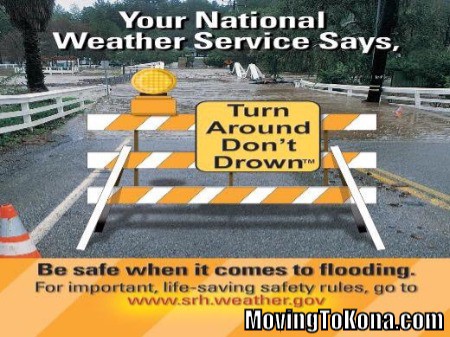 Factors Impacting Localized Hurricane Rainfall: Hurricane rainfall amounts are not directly related to the strength of tropical cyclones but rather to the speed and size of the storm. A ‘small’ hurricane that is slowly moving, can produce more rain than a larger fast-moving storm. The geography of your area significantly impacts you. If you are in a valley,  near mountainous terrains, along a river or on low lying land adjacent to the ocean, you can be at risk for serious flooding. 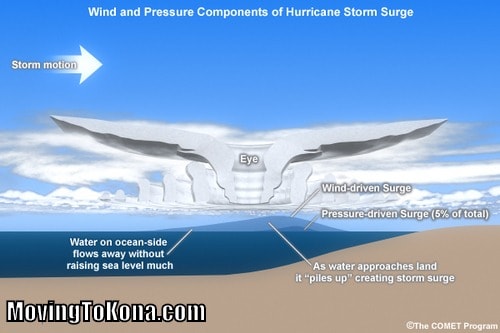 High, Dangerous Winds: Tropical storm-force winds are strong enough to be dangerous to those caught in them. These strong winds can turn everyday objects like 2×4’s, patio furniture, roofing, signs, potted plants and the like into deadly projectiles.

The stronger the wind, the more the damage.

Rip Currents: The strong winds of a tropical cyclone can cause dangerous waves that pose a significant hazard to mariners and coastal residents and visitors. When the waves break along the coast, they push a substantial amount of water onto that beach. All that water has to go somewhere, so it flows back into the ocean, typically along lower-lying ocean bottoms (that you can’t see).  These large waves can produce deadly rip currents – even at large distances from the storm. 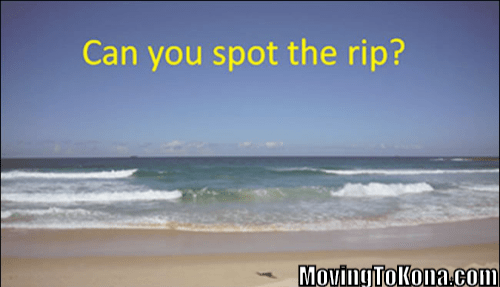 Hurricane Formed Tornadoes: Most people think hurricanes and tornadoes are separate events – they are not. Hurricanes and tropical storms can also produce tornadoes. These tornadoes most often occur in thunderstorms embedded in rain bands well away from the center of the hurricane; however, they can also occur near the eyewall. Usually, tornadoes produced by tropical cyclones are relatively weak and short-lived, but they still pose a significant threat.

Find out more about tornadoes from the NWS Storm Prediction Center.

The Guru, The Blindfolded Students And The Kona Experience