Tourism No Comments
Mahalo For Sharing Your Aloha

Hawai’i Visitor Arrivals Up 3.5% – But Not On The Big Island.

The Kilauea Impact: Pele has an influence on visitors to the Big Island, and it is usually very good. Eruptions helped draw more than 2 million visitors to Hawai‘i Volcanoes National Park in 2017, according to a new National Park Service report. Those 2,016,702 visitors to the park spent $166 million in communities near the park, according to the report, which supported 2,020 local jobs, and brought a cumulative benefit of $222.4 million to the local economy.

With the recent eruptions still fresh in the news, many merchants are still reporting lower than normal revenues because potential tourists planning their vacations during the eruptions opted to go to a different Hawaiian Island, or elsewhere.

According to the New York Times, “The shutdown of the park alone is likely to cost the local economy millions of dollars. The National Park Service reported that by driving visitor spending on hotels, restaurants, grocery stores, and rental cars the Volcanoes park contributed $166 million to the local economy in 2017.

Hawai‘i Volcanoes National Park – $455,000 A Day Impact: Lynne Koontz, an economist with the National Park System, believes that the most precise way to measure the impact that the park’s closure will have on the local economy is by breaking down the annual figure into a daily average — $455,000 a day — and multiplying that by the number of days the park has been closed. The HVNP has now been closed for 10 weeks, adding up to nearly $32 million.” 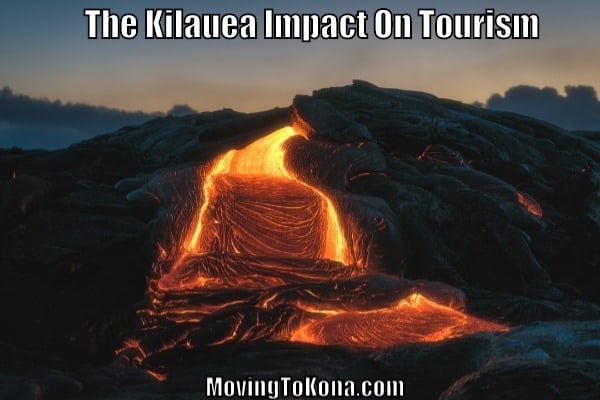 Visitors Are Good For The Hawaii Economy:  Hawaii tourism is responsible for over 200,000 jobs and tourism allows Hawai’i to have a constant flow of dollars. Tourism in Hawaii continues to grow – visitors to the Hawaiian Islands spent a total of $1.28 billion in September 2018, an increase of 6.4 percent compared to a year ago.

Tourism provides 30 percent of the private sector jobs on the Big Island, causing concern to grow over the potential of a long-term hit on the island’s economy when there is an eruption or hurricane.

Sometimes Our Guests Can Be Tough On Locals… 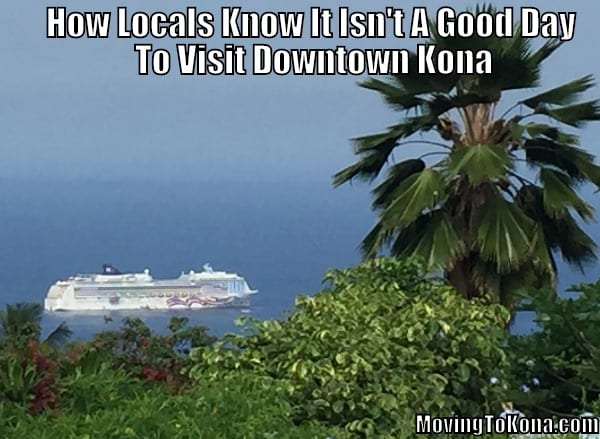 Hawai’i Visitor Arrivals Up 3.5%… Well, except for the Big Island: The Hawaii Department of Business, Economic Development & Tourism reports the total visitor arrivals grew to 724,863 (+3.5%) in September 2018 compared to a year ago, with total visitor days increasing by 5.8 percent. The average daily census, or the number of visitors on any given day in September, was 209,432, up 5.8 percent compared to last year.

The Big Island Had Fewer Visitors: Not surprisingly, with the Kilauea eruptions occurring a few months ago when many people were planning their Hawaiian vacation, traffic to the Big Island had decreases in both visitor spending (-14.1% to $140.5 million) and visitor arrivals (-14.0% to 102,635). 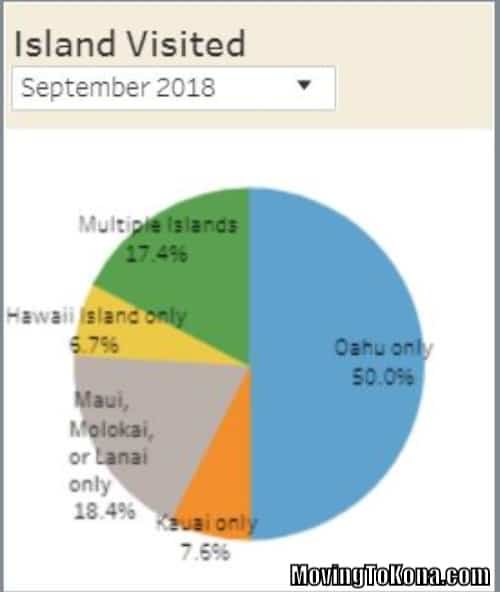 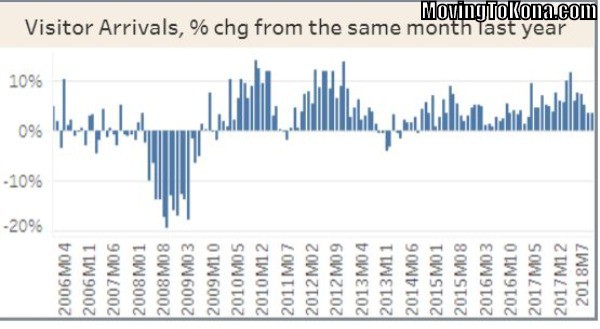 How Is Cell Phone Coverage In Kona & The Big Island?